This week, since I’m prepping for my travel to San Antonio, TX for the 2014 Romance Writers of America Conference, Book Java will simply state what I’ve been reading this past week. 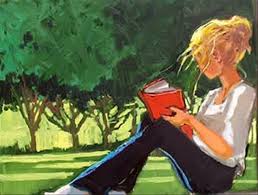 I’m jumping into my first historical novel this week with:

A young man forced to sell his body for money. A young lady who watched him do it. Two tormented souls brought together years later to assuage the hunger of a desperate, irresistible attraction.

“The House of Reckoning,” written by John Saul.

After the untimely death of her mother and the arrest of her father for killing a man in barroom brawl, fourteen-year-old Sarah Crane is forced to grow up fast. Left in the cold care of a foster family and alienated at school, Sarah befriends classmate Nick Dunnigan, a former mental patient still plagued by voices and visions, and the eccentric art instructor Bettina Phillips, a mentor eager to nurture Sarah’s talent for painting. But within the walls of Bettina’s ancestral mansion, Sarah finds that monstrous images from the house’s dark history seem to flow unbidden from her paintbrush—images echoed by Nick’s chilling hallucinations. It seems the violence and fury of long-dead generations have finally found a gateway from the grave into the world of the living. And Sarah and Nick have found a power they never had: to take control, and take revenge.

The Fifth Favor By Shelby Reed Imagine a world where a woman’s every pleasure, every wish and wildest fantasy is granted by the man of her dreams. Such is Avalon, an elite, private club in Washington, D.C., that caters solely to female desires. There, magazine reporter Billie Cort meets Adrian, the club’s most infamous companion, with the intent to interview him for an article on high-dollar male escorts. Billie can’t foresee, however, how quickly Adrian will strip her defenses and expose her true desires and in the process, fulfill his own yearning for love.

Let’s start the discussion. What books are you reading now?

Stayed tuned guys. I’ll be updating from the 2014 Romance Writers of America Conference. Have a great week and Happy Writing!